The bestial accelerations of the Tesla Model S reaped more headlines in the press and did more to publicize the brand than the enormous autonomy that their batteries give. The genius of all this is that the public ends up focusing more on the 0 to 100 km / h, positioning the car as a rival of sports and super sports in the minds of those who are not convinced by the electric car. Thus, they no longer perceive a Tesla as an electric Prius sold at a price of gold. 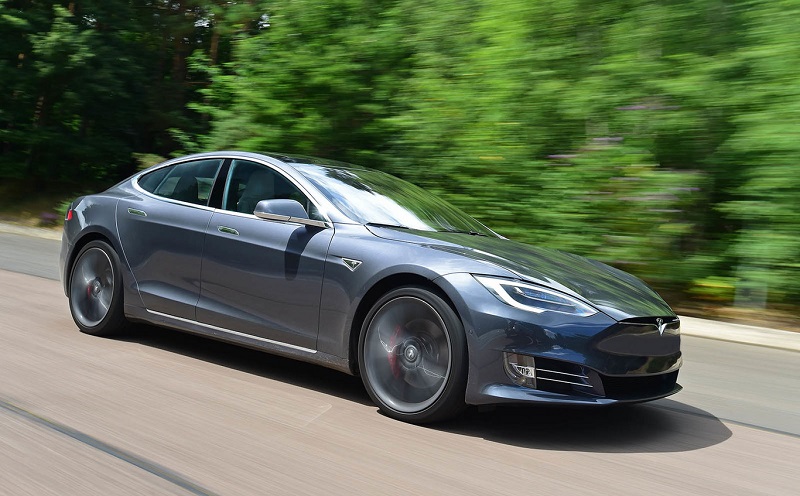 Updating in update is the fastest

The first time Tesla holed up the headlines was with the Model S P85D. P for “Performance” and D for “Dual-motor all-wheel drive”, all with a battery of 85 kWh. At that time, it was the battery with greater capacity available in the Tesla range. The 0 to 60 mph fell in 3.3 seconds. It was in 2014.

In the next two years, Tesla endeavored to reduce that time over and over again. With the “Insane Mode” software update of late 2014, the same Model S P85D was capable of performing the same 0 to 60 mph in 3.2 seconds. In the middle of 2015, a new update arrived that incorporated the “Ludicrous Mode”. The P85D was already able to get down from the 3 seconds. The 0 to 60 mph is then executed in 2.8 seconds. Crazy!

In the summer of 2016 came the P100D and its battery of 100 kWh. Always with the Ludicrous Mode, the Model S P100D accelerates from 0 to 60 mph in 2.5 seconds. Thus, from upgrade to upgrade, the Tesla Model S P100D had become a car capable of dealing with a Porsche 911 Turbo S, at least in terms of initial acceleration. And is that the 911 Turbo S effects 0 to 60 mph in 2.6 seconds. Yes, a Ferrari LaFerrari or a Porsche 918 Spyder accredit better accelerations, but the price of these cars is comparable neither the Tesla nor the 911 Turbo S; Are almost unicorns.

Would Tesla conform to that? No way. The November 2016 update brought some improvements to Ludicrous Mode. The result is a 0 to 60 mph in 2.39 seconds. And depending on the conditions (weather, condition of the tires, etc.) it is even possible to get down to 2.3 seconds at 0 to 60 mph, as did Motor Trend with a time of 2.275 s. Already, the Tesla Model S P100D drops from the 11-second quarter-mile.

In about two years, the 0 to 60 mph (and 0 to 100 km / h) of the Tesla Model S has improved by 30%. It is true that a good part of this improvement is due to the increase of the battery power up to 100 kWh. It is as if in a gasoline engine we increase the displacement, the logic is that we have more power.

However, it is the small improvements made by remote software update that really matter in this whole affair. You can improve the acceleration of your car without opening the hood or plugging a single cable. It is inevitable, soon, a future Tesla will fall from 2 seconds, both at 0 to 60 mph and 0 to 100 km / h. 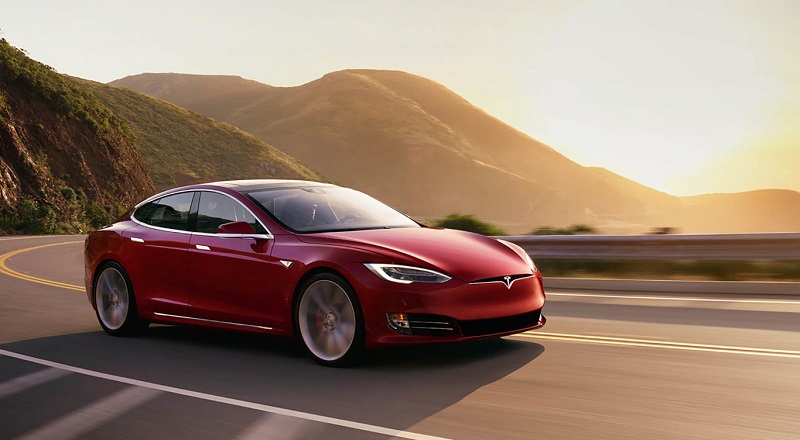 The most critical will remind me – and rightly so – that the Tesla are superior in the initial phase of acceleration thanks to the high torque instantaneous electric motors delivered. While a car with a combustion engine needs to reach a certain speed for its engine to express its full potential (they are milliseconds in which the engine must break with the inertia of all its moving parts), an electric does not need that time: it has already taken off.

It is also true that a car with a combustion engine needs only refueling to return to another batch, while with a Tesla you may need a generator on the track to recharge (it takes zero emission mobility …).

Of course, and paradoxically, the heavy weight of the Model S’s battery makes the Tesla’s grip – all-wheel drive – infinitely superior to any rival. It is also true that after the 100-120 km / h barrier, the Tesla loses bellows, while the Porsche or Mercedes-AMG in turn continues to accelerate as if there was no tomorrow.

This fight to have the best time in the “0 to 100”, may seem childish if you do not like cars. And deep down is how to look for the best lap time on the Nürburgring, there are so many variables that come into play that not everyone can replicate the same time at any time. It is one more element of marketing speech, we might think. And that’s partly how it is, but it’s more important than that.

The important thing is the small improvements of the software applied to the management of the battery to be improving more and more the 0 to 100 without reducing the autonomy of the car. Here, just like the lap time in the ‘Ring, the acceleration is a sign of the potential of the car.

In the end, however much Tesla is presented as a technological company, it is still an automobile manufacturer. Competition has always been a laboratory for manufacturers. Whether it was taking advantage of what has been learned in competition to apply it to street cars or to validate in competition solutions designed for street cars. Tesla, with its 0 to 60 mph, does exactly the same.