You are here HomeEnvironmentThe importance of preserving endangered plants and animals

The importance of preserving endangered plants and animals. The tiger, the Iberian lynx, the brown bear, or the peregrine falcon are endangered animals. The disappearance of many animals and plants is mainly due to human activities such as pollution.

It is said that an animal or plant species is in danger of extinction when that species has shown a decrease of its individuals in recent years.

Since the beginning of history have become extinct thousands of animal and plant species, the variety of dinosaurs, mammoths or saber – toothed cats fearsome. Scientists estimate that more than two-thirds of the animals and plants that lived on Earth have become extinct. However, these extinctions were due to a sum of natural events, the man did not cause them. Among these reasons are competition for food or resources or environmental changes.

The extinction of some animals or plants gave way to the proliferation of others and maintained the biological diversity. This is a constant in nature; there are species that predominate over others because they are better adapted to the environment. For example, scientists believe that the extinction of dinosaurs was due to the impact of a meteorite that hit the Earth and caused changes in the climate that affected dinosaurs and other animals. 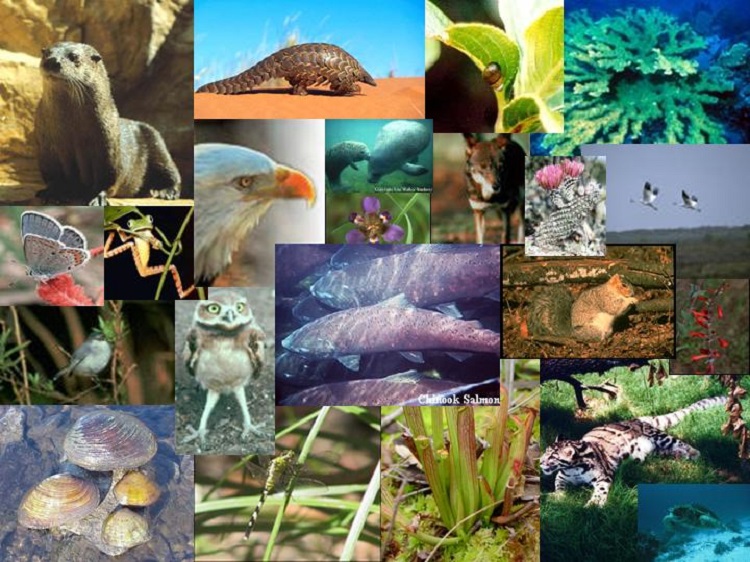 There are factors that affect the extinction of species where natural causes and human action are combined. As the introduction of invasive species on ecosystems, (which in many cases are due to human action).

For example releasing turtles in certain areas or other animals may endanger the balance in that ecosystem. In Hawaii the bird Nene Ganso is in danger partly because of the mongoose. Farmers to help control rats in the sugar cane fields introduced the mongoose in Hawaii. However, the haciendas did not realize that the rats are nocturnal and the mongoose hunt for the day, so when they searched for food they chose the eggs of the birds, among them the one of Nene Ganso, at present there are less than 800 specimens in the island.

Another example of extinction where human action has influenced is the butterfly Karner blue, as it needs very special environments to survive. This butterfly depends on wild lupine a plant that grows in the pine and oak in moors in mid-west and northwest areas, this is the food source of the larvae of the Blue Kerner, without this plant the butterfly cannot survive.

Wild lupine grows best in sandy soils where forest fires occasionally clean the vegetation. The fire helps to keep the shrub low and keep at bay in these areas trees like the poplar or the maple that give too much shadow would not let the lupine grow. Throughout the centuries, fires in the forests were naturally and sporadically, and this contributed to clearing the forest.

Now there are so many fires provoked that it tries to control to the maximum any fire. This has negatively influenced growth of wild lupine. Furthermore, pesticides are also influencing the life cycle of butterflies Blue Kerner.

Causes that cause the accelerated extinction of animals and plants

You may also like to read another article on AnarchismToday: What will a “normal year” be like in 2040? As the hottest year we have recorded

Why is it important to preserve plants and animals in danger?

Maintaining biological diversity and genetic diversity is necessary for the ecosystem or habitat where plants and animals live.

Among the different species there is a certain genetic variety of individuals to adapt to the weather conditions. Adaptation of an entire species depends on this variability of certain individuals. Reducing genetic variability increases the risk of species extinction.

The loss of a single species of plant or animal can have serious consequences for the ecosystem. It can trigger a chain reaction that affects other species, the full impact is not always evident and difficult to predict. The extinction of one plant or animal species can lead to endangering others.

Everything is related in nature, animals considered common fulfill their function to preserve the ecosystem. That is why conserving biological diversity is essential to keep ecosystems intact.

How to protect endangered species?

We have talked about the causes of extinction of some species, whether this is due to natural causes or caused by man and the importance of preserving them. Now, we will discuss how to protect them, as there are currently two mechanisms by which to reduce the number of species in danger of extinction.

To achieve our goal, we can: either invest in organizations founded with the vision of protecting all species that coexist on the planet, or doing some actions on a voluntary basis.

Thus, we find these two ways that can help to retain, even eradicate, this great problem that we have been facing from very remote times.

The organizations speaking in this introduction are none other than the non-profit organization, also known as NGOs. From which we can find, we highlight five: Friends of the Earth, Ecologists in Action, Greenpeace, SEO / BirdLife and World Wildlife Fund (WWF).

The presence of these charitable foundations are continually alerting the status of some species and use their scientific resources in the most efficient way, aiding the participation of the different local communities in the programs that they develop.

The transparency of these organizations is crucial for anyone interested in contributing to know that their money has been earmarked for the purpose for which it was donated.

1) Hunting or fishing of protected species: One of the decisions in our hands is to refrain from hunting in restricted areas for safety issues for protected species. The same applies to certain fishing areas, where some of the species are in danger of extinction and can be constantly threatened if responsible actions are not taken.

2) Food: Abuse of power by these endangered species is one of the main causes, which, if fully eliminate their intake, they may reproduce and leave the risk of extinction.

3) Habitat conservation: Many natural spaces are today under the protection of the state and the watchful eye of the ecologists, since it is primordial that these places are maintained because their felling or destruction would entail the disappearance of a great number of species that, without giving with a new place suitable for them where they continue living, they end up dying, since the area to which they are forced to emigrate does not have everything necessary for its conservation. This happens when you want to build new agglomerations of buildings, but no land is available for building. Those that are still natural are an easy target for unscrupulous entrepreneurs for whom money will always be worth more than the survival of many species.

4) Sale or illegal possession of animals: This problem is typical in the Asian zone, where the mafia moves an overwhelming number of protected species. These, when they should be released, are in cages for sale, are even used as decorative methods in pendants. Hunting here is also a problem, as they are dedicated to sacrificing protected animals for the millionaire sale of some of its most valued parts, such as white rhinoceros ivory.

5) Pollution: By controlling the contamination of the rivers and avoiding the fires in natural reserves, we will be favoring the control of these species.