You are here HomeEnvironmentWhat will a “normal year” be like in 2040? As the hottest year we have recorded

With climate change occurs as the Olympics… We always run the risk of focusing so much on the medals or the historical marks that we can end up forgetting about the basic sport. Or, in this case, the average temperatures.

The problem is that, as in sport, the world’s highs are nothing more than meteorological curiosities for most of us. That the maximum global temperature is in historical figures can have a brutal impact on the world’s ecosystems, but that does not really tell us anything about our day. But what if we start talking about the temperatures we will “suffer” in the future? What will a “normal” year be like from now on? 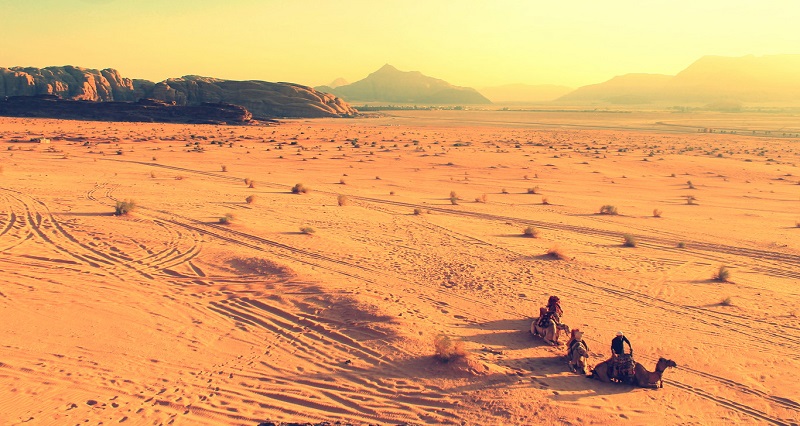 How much are two degrees of difference?

It has happened to me many times. When I explain that to establish the red lines of climate change we take as a reference the pre-industrial period (or some other variable), people are strange. “Two degrees above average, it is not too much”. And it’s true: in our day, two degrees more than less not make a big difference.

The global media we use as a reference and we use in headlines and articles suffer in some way, the same problem with all the means: they are not enough to understand the whole picture. These two degrees worldwide mean that the Earth (a complex system that, through the atmosphere, balances the energy contributions of the sun with energy losses in space) is being decompensate what we call, in technical terms, a real barbarity.

This is not the first time it has happened (Earth, of course, has had much higher temperatures than the current ones), but it is the first time that it happens with almost 8,000 million people in the world. The consequences can be catastrophic and blablabla blablabla. The theory we all know, but what do we really notice? Two degrees are a Caribbean climate in Alaska or the Atacama Desert is coupled with the Sonora?

You may also like to read another article on AnarchismToday: Norway is collecting all the world’s seeds for when the apocalypse comes

The solution may be to speak of the new “normal”. And the truth is that, although the concept is widely used among scientists and journalists, it is not very clear what it means. Now a group of Australian researchers has found a rigorous way of talking about the ‘climatological normal’.

And although it is good news to have environmental communication tools (especially, as is the international court), the data quickly derails the party. According to Australian researchers , temperatures of 2015 ( so far) the historical record warmest year will be normal temperatures in 2040 . In fact, according to all the scenarios of emissions that are used in climate science it is possible that they are even a little higher.

That is, within a quarter of a century, the normal years will be as 2015 (or 2016) . Worse, if environmental policies are braked suddenly. Surely, the progression will be slow and will have great variations; That is, we will not notice it. Although it costs us billions of dollars. Hot is the new black .